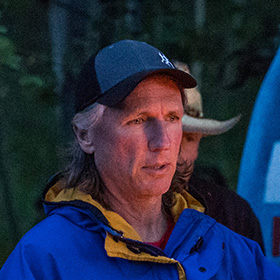 Matt McGuirk was an accomplished steeplechaser in college, running to All-American status while at Oregon. He ran 8:26 at the 1992 Olympic Trials, where he placed 7th. As a coach, Matt started at Wilsonville High School, turning a program that had not seen much success into a perennial state power. He now coaches at Willamette University, where he is a two-time recipient of the NCAA DIII National Coach of the Year award. Matt was the collegiate coach of two-time Olympian Nick Symmonds.